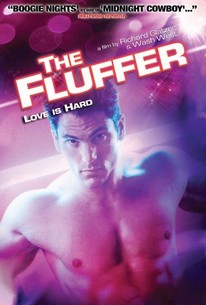 Critics Consensus: Though it begins promisingly enough, The Fluffer eventually descends into melodrama.

Critics Consensus: Though it begins promisingly enough, The Fluffer eventually descends into melodrama.

Critic Consensus: Though it begins promisingly enough, The Fluffer eventually descends into melodrama.

Zach Richards
as Himself

Derek Cameron
as Himself

Chad Donovan
as Himself

Thomas Lloyd
as Himself

Chi Chi LaRue
as Herself

Karen Dior
as Herself

Louis Re
as Himself

Jay Lyons
as Himself

Chris Green
as Himself

Ron Jeremy
as Himself

Christopher Carroll
as Businessman at Legg's

Cole Tucker
as Himself

Rob Rumsey
as Twinkie in a Sling

Critic Reviews for The Fluffer

Those in search of a film about gay men disillusioned in Hollywood with a better script and more dramatic heft should rent Gods And Monsters or Thom Fitzgerald's Beefcake.

More tasteful, sensitive and original than you might imagine.

Glatzer and Wash try to explore the nature of obsession and the ambiguity of sexual categories in The Fluffer, but it's hard to give two hoots about any of these characters.

For the most part a disarming, charming, and frequently cynical exercise in mordant humor.

A witty, sad, informed view of obsession, submission and the sex industry.

Johnny ... remains something of a cipher, and the film mostly shies away from the issues it raises.

Funny and sensitive for all its faults, The Fluffer is nevertheless unlikely to break out of the gay cinema ghetto.

The film never follows its own logic, but also never goes down the path you think it will

Audience Reviews for The Fluffer

What on earth did I just watched?? Money and Sex don't go well together, it's the sad truth. None of the characters were likeable and it wasn't graphical enough to be an exploitational film or artistic enough to be an art house. It's one of the worst film since Orgazmo.