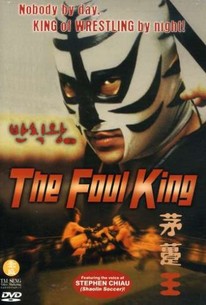 The sophomore effort of writer-director Kim Jee-woon, who had success on the festival circuit with his 1998 black comedy The Quiet Family, Banchik Wang opens by introducing us to harried office grunt Im Dae-ho (Song Kang-ho). Nagged by his father, hassled by his boss, and secretly in love with a female colleague, Dae-ho finds solace in wrestling and the so-called "foul kings," or take-no-prisoners championship wrestlers who will do anything to win a match. He decides to try his own hand at the sport and is eventually -- if reluctantly -- taken on as the pupil of a weathered coach (Jang Hang-seon). Training by the coach's daughter (Jang Jin-yeong) allows Dae-ho to develop self-confidence, and after becoming the accidental victor of his first fight, he prepares for a tag match against reigning champion Yubiho (Kim Su-ro), who wants an easy win to further his career in Japan. ~ Rebecca Flint Marx, Rovi

Critic Reviews for The Foul King

I'll be the first to declare it: Foul King is the Raging Bull of Korean wrestling movies.

Audience Reviews for The Foul King

There are no featured audience reviews yet. Click the link below to see what others say about The Foul King!