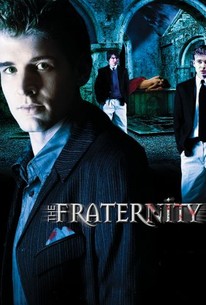 One of the most venerated institutions in higher learning also proves to be one of the most devious in this campus thriller, directed by veteran B-movie helmer Sidney J. Furie in the vein of 1999's The Skulls. The Fraternity stars Dawson's Creek and Skulls II alum Robin Dunne as Alex, a young college student indoctrinated into one of the more prestigious houses of Greek brotherhood at Runice Academy. But when a brother turns up dead, the fraternity's once-hallowed halls become rife with suspicion, paranoia, and fear, and it's up to Alex to find out the truth about his brethren. The Fraternity also features Treat Williams.

Critic Reviews for The Fraternity

There are no critic reviews yet for The Fraternity. Keep checking Rotten Tomatoes for updates!

Audience Reviews for The Fraternity

There are no featured audience reviews yet. Click the link below to see what others say about The Fraternity!