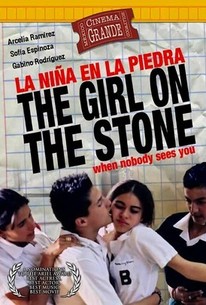 In a small town near Mexico City, junior high school student Gabino becomes obsessed with his adored and charming girlfriend Maty after she breaks up with him. After two months of begging her to return to his side and putting up with her constant humiliations, led on by his bully friends, Gabino takes advantage of an opportunity to make her pay.

There are no critic reviews yet for The Girl in the Stone (La nina en la piedra). Keep checking Rotten Tomatoes for updates!

There are no featured reviews for The Girl in the Stone (La nina en la piedra) at this time.