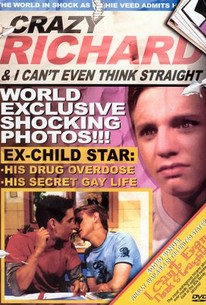 In his youth, Richard was the most celebrated TV star of his generation, playing a promiscuous gay boy on the show "I Can't Even Think Straight." Now a has-been with a drug problem haunting him, Richard allows documentary film maker Katrina Mathers to follow him on his quest to regain his fame. But will her mission to create a realistic vision of the aftermath of childhood fame push Richard over the edge once and for all?

There are no critic reviews yet for Fei zhou he shang (The Gods Must Be Crazy III) (Crazy Safari). Keep checking Rotten Tomatoes for updates!

The Gods Must Be Crazy III (a.k.a. Crazy Safari- 1991) C- 96 min. Lung Chan, Sam Christopher Chow, Stephen Chow, Ching-Ying Lam, Man Tat Ng, N!xau, Peter Pau. Xixo, the bushman from THE GODS MUST BE CRAZY films returns, this time getting involved with a magician and an ancient Chinese vampire, along the way learning some kung fu moves. Odd, to say the very least, this movie was a hard find, video title CRAZY SAFARI and only available on coolvcd.com in the VCD (Video CD) format. The film itself is hard to understand due to the Cantonese language (the version I have was translated, but still barely audible) but some parts did make me chuckle and it was nice to see N!xau the bushman back in action, even if it was in a far lesser film than the first two GODS movies. The rating is solely based on what I could gather.

The wild and uncivilized touch is no more there in this one. This movie is so funny. This movie is about a african falling into our world. N!xau's acting detoriated too.