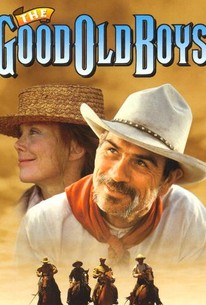 Tommy Lee Jones made his directorial debut in this made-for-television movie about an aging cowboy dealing with the changing face of the West. Jones stars as Hewey Calloway, a cowboy who has roamed the West for years, who suddenly finds himself at a crossroads -- torn between the freedom of his lifestyle and the security of a loving family and homestead. The film was based on the book by Elmer Kelton and filmed in Texas. ~ Bernadette McCallion, Rovi

Tony Epper
as Melvin the Goon

There are no critic reviews yet for The Good Old Boys. Keep checking Rotten Tomatoes for updates!

There are no featured reviews for The Good Old Boys at this time.