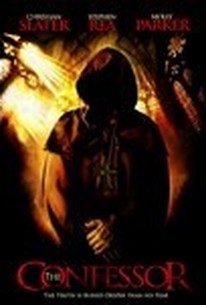 A priest caught in the middle of a deadly murder investigation must risk his life to prove the innocence of a fellow clergyman in a tense, religious-themed thriller directed by Lewin Webb and starring Christian Slater. Daniel Clemens (Slater) is a fallen priest who has lost his faith. Now a loyal but troubled public-relations representative for the Catholic Church, Clemens is disturbed to learn that a man he knows does not possess capacity for murder has been accused of a crime beyond comprehension. Despite direct orders from the church to cease his investigation, Clemens enlists the aid of a dedicated reporter (Molly Parker) and a truth-seeking church lawyer (Stephen Rea) in uncovering a scandal with the power to shake his faith to the very core. ~ Jason Buchanan, Rovi

Critic Reviews for The Good Shepherd

It's a nice looking wintry crime drama involving a gay priest accused of murder that turns icy as the story goes into a skid and never recovers.

Audience Reviews for The Good Shepherd

I sat down to watch this movie because I thought it was The Good Shepherd movie with Matt Damon but I was wrong. But I decided to watch the movie anyway. This movie is about a priest (Slater) who believes that his fellow priest is innocent of the murder he's accused for. He starts cooperating eith a journalist in order to clear the priest's name. I wasn't all that amazed by this movie and it was a bit boring at times. Christian Slater's effort was the best thing about this movie.

This movie started out slowly, but got better as it went along. Christian Slater plays a priest who starts playing detective when a fellow priest is accused of murder. His former girlfriend helps him and they almost get killed figuring out who the murderer is.