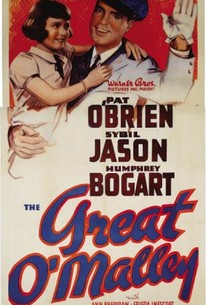 An over-zealous cop with a penchant for enforcing the absolute letter of the law, drives an already desperate man over the edge in this melodramatic police drama. The trouble begins when the officer, who has alienated friends, colleagues and even his own mother with his rigid, by-the-book-ways, gets demoted to crossing-guard and ends up stopping an impoverished fellow because the muffler on his old car is bad. Unfortunately, the man is en route to the job he needs to support his crippled daughter and wife. The petty policeman takes so much time writing the ticket that the fellow loses his job. It doesn't take long for the family to become destitute and desperately hungry. With no other recourse, the man takes his WW I medals to a pawnshop. Unfortunately, he and the owner argue and a fight ensues resulting in the man knocking out the proprietor and robbing the store. Later, the man is driving the old car when the cop stops and arrests him for not repairing that muffler. The press learns about the arrest and begins deriding the police department. Things get worse when the police find that the man robbed a store. Meanwhile, the troublesome cop is at a crossing guard when the man's handicapped daughter gets hit by a car. The officer and a teacher take the crumpled girl to her home and it is then he learns the awful truth and must finally face up to the repercussions of his pettiness. Fortunately, this leads him to change for the better, but not before he learns a few more painful lessons.

Henry O'Neill
as Attorney for Defense

Bob Perry
as Man Getting Shine
View All

Critic Reviews for The Great O'Malley

There are no critic reviews yet for The Great O'Malley. Keep checking Rotten Tomatoes for updates!

Audience Reviews for The Great O'Malley

Sometimes cloying Warners programmer with all the stars early in their respective careers. To say O'Brien's character is hard to warm up to would be an understatement.