The Happy Days of Garry Marshall2020 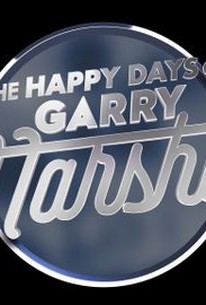 In a one-of-a-kind, heartfelt tribute to a Hollywood legend, the stars of some of TV and film's most iconic titles, including "Happy Days," "Laverne & Shirley," "Mork & Mindy," "Pretty Woman" and "The Princess Diaries," come together to celebrate "The Happy Days of Garry Marshall". In this special, Marshall's family and friends share their favorite memories of the creative genius behind some of the most memorable series in television history. It was 1974 when Marshall created his first series for ABC and introduced America to "The Cunninghams." Each week, millions gathered around the television set for "Happy Days," shared in the hilarious hijinks of Laverne DeFazio and her best friend, Shirley Feeney, on "Laverne & Shirley," and witnessed the "out-of-this-world" adventures of a Martian named Mork on "Mork & Mindy." Not only was Marshall a force in television, he directed a wide range of critically acclaimed feature films including "Pretty Woman," "Beaches," "Runaway Bride" and "The Princess Diaries," creating countless memories for generations around the world. Join stars Richard Gere, Hector Elizondo and Julia Roberts ("Pretty Woman"); Ron Howard, Don Most, Marion Ross, Anson Williams and Henry Winkler ("Happy Days"); Cindy Williams, David Lander and Michael McKean ("Laverne & Shirley"); Pam Dawber ("Mork & Mindy"); Barbara Hershey ("Beaches"); and Julie Andrews, Anne Hathaway and Chris Pine ("The Princess Diaries") for an evening full of laughs and heartfelt memories about a man who put family first and spent his life and career making us laugh.

Critic Reviews for The Happy Days of Garry Marshall

I loved the stories of Marshall's many allergies, his refusal to take left-turns when driving, his marriage of 52 years.

There are no featured reviews for The Happy Days of Garry Marshall at this time.