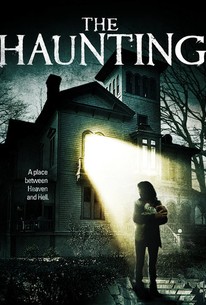 Inspired by actual documents from the archives of the Catholic Church, writer/director Elio Quiroga's The Haunting tells the tale of a respected pediatrician who falls prey to a supernatural force while grieving the death of her infant child. Shortly after losing her child to SIDS, Francesca (Ana Torrent) moves with her family to a sprawling mansion in the Spanish countryside and attempts to take the first slow steps toward emotional recovery. But despite the best efforts of her husband Pedro and their psychiatrist friend Jean, Francesco cannot break free from the suffocating grip of grief. Later, a series of shocking and horrific visions drive the mourning mother to the edge of madness: is Francesco's new house really haunted, or is it all just in her head. As the visitations become more intense, Francesco realizes that they seem to be emanating from the attic and the basement, two rooms that have been declared off-limits to the family, and have been locked up tight for reassurance. Her crumbling psyche on the verge of total collapse, Francesco grows compelled to solve the mystery before she's consumed by it.

Miriam Cepa
as Rosa
View All

There are no critic reviews yet for The Haunting (No-Do) (Nodo)(The Beckoning). Keep checking Rotten Tomatoes for updates!

There are no featured audience reviews yet. Click the link below to see what others say about The Haunting (No-Do) (Nodo)(The Beckoning)!