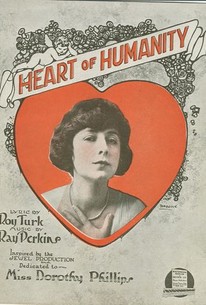 The Heart of Humanity Photos

Even though World War I had just reached its end, the war films kept coming. While The Heart of Humanity had a similar plot to D.W. Griffith's Hearts of the World, it was by no means some cheap knock-off. Director Alan Holubar worked hard (sometimes too hard for this post-war era) to make the battle scenes as authentic as possible. The story centers around Nanette (Dorothy Phillips), an American girl living in a small Canadian village, who is in love with John Patricia (William Stowell), the eldest of five brothers. The war interrupts their romantic idyll, as everyone goes overseas to Belgium and France. Nanette becomes a Red Cross nurse and is terrorized by the evil Prussian Lt. von Eberhard (Erich Von Stroheim, who played a similar, but smaller role in Hearts of the World). It is up to John to save her from the Hun's advances. It was in this film that Von Stroheim, who had become famous for his wicked portrayals of German officers, was billed as "The Man You Love to Hate." This was his first movie for Universal; he would be both director and star of the next one, Blind Husbands.

Margaret Mann
as The Widow Patricia

Critic Reviews for The Heart of Humanity

There are no critic reviews yet for The Heart of Humanity. Keep checking Rotten Tomatoes for updates!

There are no featured reviews for The Heart of Humanity at this time.

The Heart of Humanity Quotes