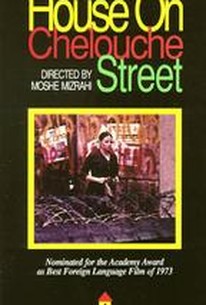 While Egyptian-born director Moshe Mizrahi is best known for such popular European films as Madame Rosa (1977), I Sent a Letter to My Love (1981), and La Vie Continue (1981), he scored his first cinematic successes in his adopted homeland of Israel. Mizrahi was 15 years old when he emigrated to a kibbutz in what was then known as Palestine. Likewise 15 years old is Sami, the young protagonist of Mizrahi's 1973 film The House on Chelouche Street, which takes place in 1946 Tel-Aviv. Sami's day-to-day efforts to provide for his family are placed in context with the ongoing struggle to establish the State of Israel. One of the most intensely personal of historical films, House on Chelouche Street was nominated for the "Best Foreign Picture" Academy Award. Its featured players include such Israeli film luminaries as Shai K. Ophir, Gila Almagor, and actress-director Michal Bat-Adams. ~ Hal Erickson, Rovi

A quite wonderful surprise.

There are no featured reviews for The House on Chelouche Street (Ha-Bayit Berechov Chelouche) at this time.