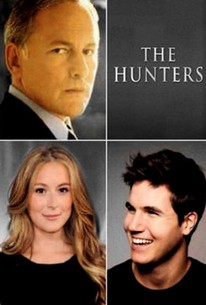 A power-crazed villain finds his mission to acquire a precious mythical artifact thwarted by a pair of young adventurers who are sworn to protect history's most prized treasures in this globe-trotting fantasy adventure. The stories of legend are true, and the magical relics owned by such celebrated figures as Cinderella really exist. The malevolent force known as The Krugen knows well that the owner of these objects will reap ultimate power, because by obtaining the magical mirror once owned by the Evil Queen who tormented Snow White, they were able to herald the arrival of the Dark Ages. Centuries later, former Hunter Mason has become a loyal servant of The Krugen. He knows that once he locates all of the pieces of the mirror no one will be able to challenge his evil reign. But Jordyn and Carter Flynn hail from a long line of Hunters, and they've got just the skills to prevent Mason from achieving his diabolical plan. When Jordyn and Carter learn that their parents have gone missing during an important mission, they vow to track them down, and head off a disaster that could alter the entire course of history. ~ Jason Buchanan, Rovi

Critic Reviews for The Hunters

Audience Reviews for The Hunters

There are no featured audience reviews yet. Click the link below to see what others say about The Hunters!