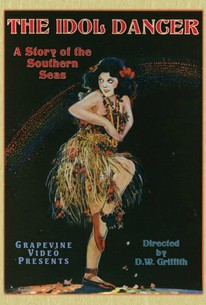 Even though this is a lesser D.W. Griffith film, the casting is intriguing. Richard Barthelmess, who usually played a "good boy," portrays Dan McGuire, a lazy beachcomber who likes his gin. The girl is Clarine Seymour, whose spirit was far earthier than Lillian Gish's, and whose talent was far more spontaneous than Carol Demptser, the star of most of Griffith's later films. Unfortunately, Seymour died later in the year (1920) at the age of 21, so her talent was never fully realized. The real problem with this film was its South Seas setting, which was very foreign territory for Griffith, since his brand of sentiment just didn't mix with primitive backgrounds. On this particular South Seas island lives Mary (Seymour) a dancing girl who has a French father and Javanese mother. Two men come along who vie for her heart: McGuire, the drunken bum, and Walter Kincaid (Creighton Hale), the invalid nephew of an island missionary (George MacQuarrie) who has come to the tropics for his health. Natives from a nearby island attack, and the nephew is heroically and conveniently killed. Mary confesses that she loves McGuire, who promises to reform. She, in turn, agrees to become civilized and which brings them together for the fade out.

Porter Strong
as Peter, a Native Man of the Cloth
View All

Critic Reviews for The Idol Dancer

The Idol Dancer tells a story that is purely theatrical, but it gives, and Mr. Griffith takes, many opportunities for the sort of grouping and the effects he manages so very well.

There are no featured reviews for The Idol Dancer at this time.