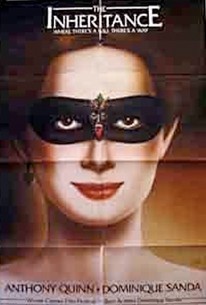 Wealthy patriarch Gregorio Ferramonte (Anthony Quinn) openly lusts after his new daughter-in-law (Dominique Sanda). Seemingly resistant at first to the lecherous Quinn, Sanda rapidly succumbs to his crude charms. There's a little more to the story than that: Sanda knows that Quinn is dying, and that he hasn't yet chosen anyone to inherit his fortune. Things get pretty hot and heavy at times, especially in the original 121 minute version prepared for Italian audiences. The Inheritance was originally released as Eredita Ferramonti.

It is a pleasure to see Anthony Quinn once again in a role that makes use of his considerable talents.