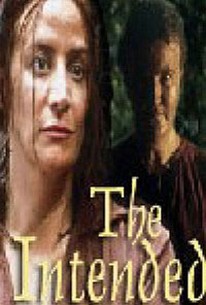 Danish filmmaker Kristian Levring directs the Dogme 95-inspired period drama The Intended, co-written by leading lady Janet McTeer. Shot with digital video, the film takes place in the Malaysia jungle during the 1920s. Fortysomething British woman Sarah (McTeer) travels with her younger fiancé, Hamish Winslow (JJ Feild), to a small community near Borneo. Hamish has been hired to survey the land and map a road for a trading post run by a deeply dysfunctional family. The local ruler is tough matriarch Mrs. Jones (Brenda Fricker), who dominates her son William (Tony Maudsley) and nephew Norton (Philip Jackson). When a climate change causes them to become even more isolated, the family tension takes a dark turn. Also starring Olympia Dukakis. The Intended premiered at the 2002 Toronto Film Festival.

David Bradley
as The Priest

Critic Reviews for The Intended

Too dank and familiar an expedition.

A story bent on melodrama and borderline sadism.

It's a moderately creepy, man-beyond- civilization exercise that can't decide whether it's arty or scary, and thus ends up being neither.

We begin hoping the ghost of Tennessee Williams will jump out of the bush and inform these characters that it takes more than wounded people with dark secrets, annoying insects and dripping moisture to make something of a tale like this.

Fans of Jungle Gothics would do better to let this one slip back into the underbrush.

Few actresses can deliver intensity like McTeer, and it's that distinctive, all-purpose stare coupled with her sheer physicality that once again dominates the story.

Shrewd and astute, this is a film with a power that sneaks up on you and lingers long after it's over in a way you can't easily shake.

The pace is stultifying, and even though the ensemble looks realistically stinky and sweaty, the stately progression of events mirrors far too well the torpor of the tropics.

Levring and an excellent cast are lost in the shadow of Conrad and other masters, and their sex-money theme requires a genius of hopelessness like Erich von Stroheim.

There are no featured reviews for The Intended at this time.