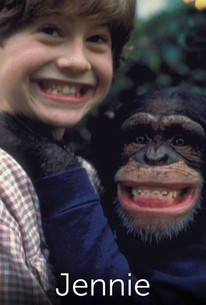 This made-for-cable comedy, based on a novel by Douglas Preston, concerns an American family who have adopted a chimpanzee brought back from the wilds of Africa. As an experiment, the family, headed by a pair of anthropologists, raises the chimp as if it were a child, teaching it to communicate using American Sign Language. Produced for The Disney Channel, The Jennie Project stars Lance Guest, Alex D. Linz, and Sheila Kelley; the film first aired on July 13, 2001.

Critic Reviews for The Jennie Project

If the intended message of this drama adventure is that having a chimp in the family is a massive headache, then it's heard loud and clear.

Audience Reviews for The Jennie Project

There are no featured audience reviews yet. Click the link below to see what others say about The Jennie Project!