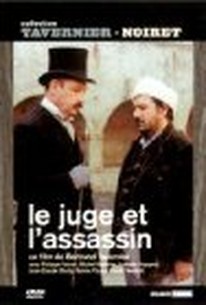 The Judge and the Assassin (Le juge et l'assassin) Photos

Le Juge et L'Assassin probes a curious relationship between condemner and condemnee. Philippe Noiret plays Rousseau, a French judge who holds the fate of convicted child killer Bouvier (Michel Galabru) in his hands. Should Rousseau decide that Bouvier is insane, the killer will not go prison. As they come to know each other better, both are given the rare opportunity of exploring the vagaries of the human mind. The previously unbendable judge alters several long-held opinions concerning criminals, while Bouvier is for the first time in his life able to articulate the thought processes which motivate his actions. It is clear at times that much of the dialogue in Judge and the Assassin stems from Bertrand Tavernier's own lifelong feelings of loneliness and isolation. ~ Hal Erickson, Rovi

Jean-Francois Gondre
as NCO
View All

With its splendid acting and unforgettable cinematography and songs, The Judge and the Assassin is one of the best films of the year. [Full Review in Spanish]

Despite its promising premise, sophisticated direction and witty sense of humor, it is a pity that this frustrating film doesn't know how to explore its themes into something more consistent and feels only bureaucratic and outdated, with not enough to offer us in terms of narrative.

The Judge and the Assassin (Le juge et l'assassin) Quotes