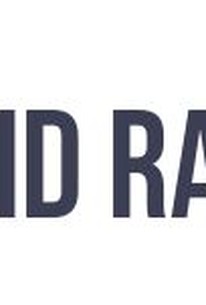 Veteran silent screen star William Farnum earns one of his more prominent talking picture roles in this otherwise standard Bob Steele Western from Supreme Pictures. Farnum plays Sheriff Bill Mason who, after being forced to shoot outlaw Ben Brokaw (Frank Ball), promises the dying man to look after his young daughter Mary (Reetsy Adams) and never to tell the girl the truth about her father's occupation. Disgusted with himself for having had to actually kill someone, Mason resigns from his sheriff's job and becomes a stage driver. Years later, Steve Brent (Earl Dwire), a former accomplice of Brokaw's, blackmails Bill into helping him rob the stagecoach. Enter Ray Burton (Steele), the young ranger who is in love with the now grownup Mary (Joan Barclay), and Brent's days in the sun are numbered. As usual, this Bob Steele Western was directed by the star's real-life father, Robert North Bradbury.

Critic Reviews for The Kid Ranger

There are no critic reviews yet for The Kid Ranger. Keep checking Rotten Tomatoes for updates!

There are no featured reviews for The Kid Ranger at this time.