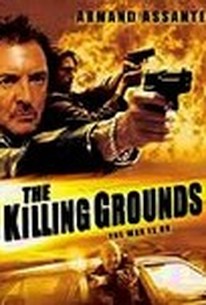 Armand Assante stars in this Bulgarian-made thriller about Turkish and neo-Nazi gang wars in Berlin. As the two factions battle it out over turf and drug trafficking, a serial killer roams the streets. With violence on the rise and crime rampant, Berliners cross cultural lines to band together and bring an end to the chaos and mayhem in this film co-starring Michael Baral, Shirly Brener and Udo Kier.

Critic Reviews for The Killing Ground

There are no critic reviews yet for The Killing Ground. Keep checking Rotten Tomatoes for updates!

There are no featured reviews for The Killing Ground at this time.