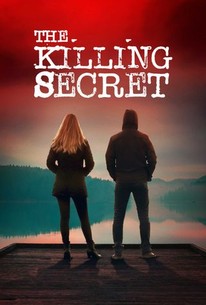 The future of wealthy and popular high-school athlete Greg Dunleavy (Mark Krassen) is jeopardized when Emily DeCapprio (Soleil Moon Frye), his clandestine girlfriend from the "wrong side" of town, informs him that she is pregnant--and that she intends to keep the baby. Not long afterward, Emily turns up dead, murdered by an unknown assailant. Suspecting that there's more to Emily's death than meets the eye, Greg's equally wealthy high school sweetheart Nicole Voss (Ari Meyers) begins her own investigation, and in the process forms a bond with Emily's grieving mother Tina (Tess Harper). Inspired by a true story, The Secret was made for the NBC TV work, where it originally aired on January 6, 1997. Since that time, it has been shown on cable TV under the title The Killing Secret, which unfortunately tips off the ending.

Critic Reviews for The Killing Secret

There are no critic reviews yet for The Killing Secret. Keep checking Rotten Tomatoes for updates!

There are no featured reviews for The Killing Secret at this time.