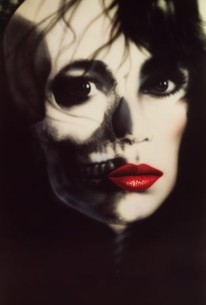 The Kiss, an erotic horror film dealing with ancient curses and the occult, is the story of a teenage girl whose world is destroyed by the arrival of her mysterious aunt and the death of her mother. Amy (Meredith Salenger) leads a normal, suburban existence until the mysterious death of her mother and the simultaneous arrival of her exotic, beautiful jet-set model aunt Felice (Joanna Pacula) who she has never met. Amy's world is completely changed as she watches her father become increasingly sexually attracted to Felice. When Amy rejects Felice's strangely intense interest, Amy and her friends begin to suffer from a series of accidents which leads Amy to believe that black magic is involved. ~ Linda Rasmussen, Rovi

Nevin Densham
as Boy in Pool

Marty Finkelstein
as Boy in Classroom

Critic Reviews for The Kiss

The mood and atmosphere tend to win out over the sillier concepts, building up macabre moments and bloody deaths that make the overall effort unexpectedly entertaining.

Audience Reviews for The Kiss

Pretty good b grade 80's thriller. Had never heard of this one, or most of the cast in it, so was pleasantly surprised. After teenage Amy's mother dies, the estranged aunt she never knew she had enters her life. Felice is beautiful and exotic, but there just may be more to her than meets the eye...and soon a series of tragic events start to happen to people Amy is close to. Genuinely creepy and compelling viewing.

A middle class suburban family discovers that one side of the clan dabbles with the occult and not in the cutesy Hocus Pocus/Practical Magic sort of way. Played ominous from the outset there are some scares here, although with a nearly equal amount of "the dumb characters doing dumb things" schtick that plagues horror films like the Ebola virus gone rabid. The question becomes: does one care about the proceedings enough to stick with it? I didn't.