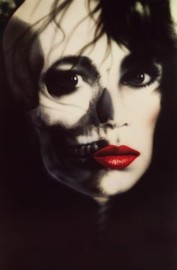 Shawn W
July 8, 2017
Better than average offering has mysterious fashion model aunt arriving in teen's life shortly after her mother's death and coinciding with a series of brutal traumas to her friends. Escalator accident was one I hadn't seen before.

Super Reviewer
Nicki M
June 16, 2015
Pretty good b grade 80's thriller. Had never heard of this one, or most of the cast in it, so was pleasantly surprised.
After teenage Amy's mother dies, the estranged aunt she never knew she had enters her life. Felice is beautiful and exotic, but there just may be more to her than meets the eye...and soon a series of tragic events start to happen to people Amy is close to.
Genuinely creepy and compelling viewing.

Super Reviewer
Kevin M. W
½ October 29, 2014
A middle class suburban family discovers that one side of the clan dabbles with the occult and not in the cutesy Hocus Pocus/Practical Magic sort of way. Played ominous from the outset there are some scares here, although with a nearly equal amount of "the dumb characters doing dumb things" schtick that plagues horror films like the Ebola virus gone rabid. The question becomes: does one care about the proceedings enough to stick with it?
I didn't.

Phillipé S
July 23, 2012
Its the bat-shit crazy little story about an African demon curse passed between women via rather unsettling incesty methods. Typical 80s madness with a heaping helping of camp and a dash of sex. Check it out bitches.

James M
April 27, 2010
This is actually a lot better than the plotline would suggest and the special effects are incredibly good for a low-budget movie.

Bill B
February 10, 2010
Not a great film, but a surprisingly watchable little supernatural tale of a young girl's estranged aunt who turns up to claim her soul or life force or some such nonsense. I wasn't expecting much, but this turned out to be a lot of fun, even if it may drag on in that final act.

Jason D
½ December 22, 2009
The Kiss is another one of those forgotten 80's gems that tells the story of young, sickly Felice who boards a train in the Belgian Congo with her nanny, who gives her a strange kiss that incites some paranormal activity, leaving the nanny dead and Felice strangely happy. Many years later, Felice's estranged sister lives the high life with her successful husband, beautiful daughter, and wonderful friends until she is killed in a freak accident, leading to the arrival of Felice (B movie actress Joanna Pacula), a sexy supermodel who's a bit strange. The daughter (Meredith Salenger) picks up on her strangeness quickly, especially when everyone around her starts getting killed or maimed in freaky Final Destination-esque accidents. We soon realize that Felice was another victim in a long line of cursed people who pass a deadly being by way of kissing after they are done with the body. Thanks to the outdatedness of the movie, the film offers up a bevy of fun, 80's effects, though at the time, considerably very good as they were done by effects guru Chris Walas (who designed the Gremlins). The film features some decent kills and gore, not to mention a freaky ass monster cat that delivers up some unintentional laughs. Hell, even Pacula pulls out the titties a couple of times, which is always welcomed. Aside from Pacula, the biggest name in this film would be Shawn Levy, who plays the bad boy with the crush on the main girl. Levy is now a big time director with films like the Night at the Museum films and the upcoming Date Night. Overall, I'm bummed I didn't discover this 80's gem sooner. It's a great change of pace and offers up a fairly unique story.

Chris M
½ December 14, 2009
In The Kiss, a perky young girl discovers the existence of her mysterious, witchy aunt Felice, loses her mother and some of her friends in grisly Omen/Final Destination-esque "accidents", has her period in class after suffering spooky hallucinations, and is having a generally terrible few weeks. When confiding in her mother's best friend, who happens to be a nurse, after having her aforementioned period at the most inopportune time, she spouts this little gem about her aunt Felice "I know it was her! She's making us eat all this health food. I want some Fritos and a fucking Diet Coke!" This is a girl with priorities!

Sadly, this is the least of her worries. Meredith Salenger of Natty Gan fame is Amy, our happy go lucky teenage heroine. Salenger is a good actress and adorable to boot, but she's given very little to work with her. She comes off as bratty with a constant case of the cramps. Joanna Pacula camps it up as the evil Aunt Felice, a beautiful witch who carries with her an ancient family curse which is to be bestowed upon young Amy. It's not a bad set up, but the execution is laughable at best. The film takes itself dead seriously for the first two acts, but by the third the film turns into a self-aware parody of itself. Had The Kiss played it straight all the way through or decided to camp it up for the full run time, it could have been a much more enjoyable experience. There's still some fun to be had here. Pacula is sexy as Felice, there's some fun, campy lines, and there's a great escalator attack that must be seen to be believed.

The Kiss is mostly forgettable late night cable fodder, but it has a little campy charm to it for cheese enthusiasts looking for the next drunken party movie.

_The Lonely Legend_
August 8, 2008
I Love This Movie. This Is My Most Favorite Movie Ever.

Angie R
November 10, 2007
Just rented this on Netflix...pretty suspenseful but cheesy effects from back in the 80s.

Giavanno F
September 8, 2007
It was a good goofy movie. A good scary movie back in the day, and it was horror for the movie to be sorcery and witch - related.

whitney s
½ April 17, 2007
i had nightmares for weeks after watching this back in the day