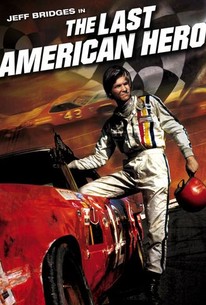 Lamont Johnson's subtle direction graces this true-life success story about racecar driver Junior Jackson (Jeff Bridges), based on stock-car champion Junior Johnson. As a child in North Carolina, Jackson stays one step ahead of reform school until his father (Art Lund) is thrown in prison for moonshining. Seeing the error of his ways, Jackson begins to concentrate his driving skills, hoping to become a professional stock car racer to raise money to get his father released from jail. Jackson rises from the ranks into the highest rung of professional stock car racing, but Jackson finds his independent nature is compromised by the corporate realities of the professional sports world. The real Junior Johnson served as technical advisor on the film. ~ Paul Brenner, Rovi

Suffice it to say that it's real good.

The theme, which got lost somewhere back in the hills or out on the crowded track, is the one about the loner who finds he must compromise with the establishment.

Fine drama even if you're not a race fan. Jeff Bridges gives a customarily excellent performance strongly supported by Valerie Perrine, Geraldine Fitzgerald and Art Lund. An added plus is that the movie's theme song, I've Got a Name. a particularly fitting choice given the subject, is sung by Jim Croce.