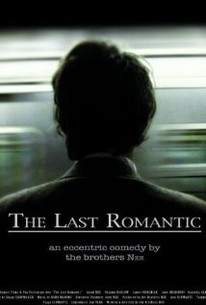 Fancying himself a poet ripe for discovery, the young, self absorbed Calvin Wizzig moves to New York City with aspirations of being published and making his mark on the world as one of the great literary geniuses of the twenty first century. Unfortunately, the world is not particularly keen on having marks made on it, a disheartening truth made brutally clear to Calvin through an eclectic series of encounters with equally self absorbed eccentrics. Running parallel to the ever increasing disillusionment of Calvin's naive idea of being an instantly published success is the swelling fantasy that he will again find the girl he wrote a poem to while riding the F train into lower Manhattan for the first time. His compulsive train rides in search of the unnamed girl become the opiate to Calvin's wounded dreams. Obsession with finding the girl on the train becomes a developing addiction that, pitted against Calvin's original hope of being published, threatens to undermine all of his self centered aspirations.-- (C) Official Site

Daniella Alonso
as The Girl on the Train

Critic Reviews for The Last Romantic

Gorgeously shot and perfectly written, the Nee brothers' concoction of disappointment and self-realization belongs in the category with those other brothers, Polish, who have perfected the art of eccentric filmmaking.

There are no featured reviews for The Last Romantic at this time.