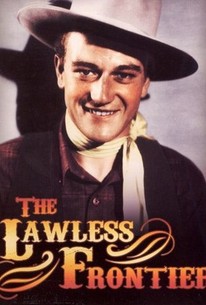 Zanti, a wanted outlaw, plots to kill a rancher named Dusty in order to steal his land and his daughter Ruby. Dusty outsmarts Zanti, however, by hiding Ruby on a pack mule and smuggling her safely past the outlaw. While they are pursued by Zanti, Ruby and Dusty meet John Tobin, who is returning to his home town after an eight-year absence. John, who is hunting Zanti for murdering his parents, saves Ruby from drowning as she and Dusty try to cross the river. The group returns to the ranch accompanied by the sheriff, who arrests Zanti. The outlaw escapes, however, and stabs Dusty with John's knife. The sheriff arrests John, but Dusty recovers and frees John, who then pursues Zanti. At the end of a long chase across the desert, Zanti stops to drink from a poison water well and dies. While Dusty discovers that the sheriff is involved with Zanti's gang, Ruby goes riding and is captured by the gang. Once again John saves her and, with Dusty's help, captures Zanti's gang by trapping them in an old mine tunnel. John marries Ruby and takes over as the new sheriff.

Critic Reviews for The Lawless Frontier

Victor Mature was never more mature as an actor.

Audience Reviews for The Lawless Frontier

There are no featured audience reviews yet. Click the link below to see what others say about The Lawless Frontier!