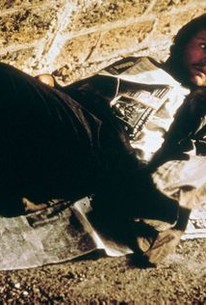 Italian director Ermanno Olmi serves up another tale of dignity amongst the "rabble" in Legend of the Holy Drinker. Rutger Hauer plays an alcoholic derelict who comes into a large sum of money. Though his benefactor is a human stranger, Hauer attributes his windfall to Santo Bevitor, or the "saint of drunkards." When Hauer tries to pay back the favor, he is constantly thwarted by society's "better" people. Distinguished by its long, portentous silent passages and by the consistently offbeat performances of stars Rutger Hauer and Anthony Quayle, The Legend of the Holy Drinker (originally La Leggenda del Santo Bevitor) is in the eyes of some observers superior to its source, a novel by Joseph Roth titled Die Legende des Helligen Trinkers.

The ordinariness of the film is its greatest strength. The problem comes when it has to represent the extraordinary.

Hauer delivers one of his most expressive and enchanting performances ever.

There are no featured reviews for The Legend of the Holy Drinker (La leggenda del santo bevitore) at this time.