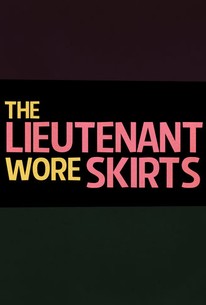 Role reversal provides the basis of this farce when an old war horse, now a TV writer and his wife an ex-WAC find themselves called up to fight in the new war. Trouble ensues when he is rejected for medical reasons, but his wife is accepted. Now he must serve as a military wife while his real wife is out on patrol. In between his daily household chores, he attempts to cook up schemes to get her out of the military. Unfortunately, every scheme he comes up with fails until he manages to impregnate his wife.

Maury Hill
as Officer at Gate

Marjorie Stapp
as Mother in Laundromat

The plot is a formula job but much of the movie is amusing stuff in spite of that.

There are no featured reviews for The Lieutenant Wore Skirts at this time.