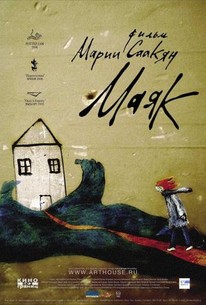 Maria Saakyan's elegiac, semi-autobiographical slice-of-life drama The Lighthouse (2006) unfolds in the very early '90s, against the backdrop of the Caucasus wars that plagued Georgia, Armenia, and Azerbaijan. As the scope of this mass-scaled conflict extends itself to one woman's small village, she is forced to drop everything, move to Moscow, and start over from scratch -- thus bidding farewell to her hometown and way of life, perhaps indefinitely.

Critic Reviews for The Lighthouse (Mayak)

[W]e don't really get a sense of individual character. ... This turns the war ... into a symbol for all the demographic pressures working against rural life

There are no featured reviews for The Lighthouse (Mayak) at this time.