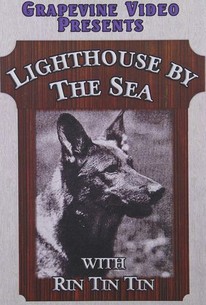 This three-reel Essanay effort was based on a play by Joseph Byron Totten. The lighthouse in question is maintained by an elderly keeper, who has a pretty daughter (Betty Brown). The girl is aggressively courted by an American sea captain (Darwin Karr) and a Portuguese trader. The latter tries to eliminate his competition by scuttling the captain's ship and setting the poor man adrift in the middle of the ocean. Several years later, the captain manages to make his way back to port, where he is reunited with the girl -- who now holds a baby in her arms. Despite the girl's indiscretion, the captain marries her anyway, raising the child as his own. More time passes: the child, now grown into a beautiful woman, begins asking embarrassing questions about her true parentage. Making matters worse, the Portuguese trader has returned, demanding that his former sweetheart ditch her husband and run off with him. The 1924 Rin Tin Tin vehicle Lighthouse by the Sea was not a remake.

Rin Tin Tin
as Himself

Critic Reviews for The Lighthouse by the Sea

There are no critic reviews yet for The Lighthouse by the Sea. Keep checking Rotten Tomatoes for updates!

There are no featured reviews for The Lighthouse by the Sea at this time.

The Lighthouse by the Sea Quotes