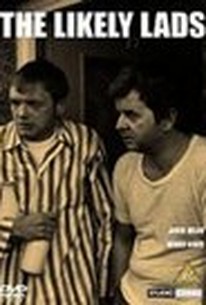 Likely Lads was inspired by the popular British television series of the same name. Returning to their TV roles after an absence of several years are Rodney Bewes and James Bolam, playing a pair of Northern English screw-ups. With their girl friends in tow, Bewes and Bolam embark on a motor trip, running into one comic dilemma after another. ~ Hal Erickson, Rovi

Critic Reviews for The Likely Lads

There are no critic reviews yet for The Likely Lads. Keep checking Rotten Tomatoes for updates!

There are no featured reviews for The Likely Lads at this time.