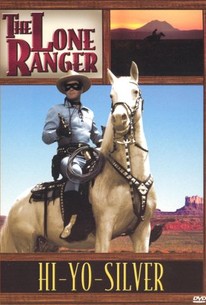 Hi-Yo Silver is a 69-minute abridgement of the 1938 Republic serial The Lone Ranger. Departing from the continuity established by the Lone Ranger radio program (which had been running since 1933), the film offers five leading man, any one of whom might be the legendary "masked rider of the plains". All five team up to combat the outlaw gang headed by the scurrilous Mr. Jeffries (Stanley Andrews), with the assistance of faithful Indian companion Tonto (Chief Thundercloud). As the quintet of heroes are killed off one by one, the identity of the Lone Ranger becomes more and more obvious. The five candidates are played by Lee Powell, Herman Brix (aka Bruce Bennett), Hal Taliaferro (aka Wally Wales), George Letz (aka George Montgomery) and Lane Chandler. The original Lone Ranger serial is no longer available for viewing thanks to a tangle of legalities and a paucity of watchable prints.

Critic Reviews for The Lone Ranger

The film's failure is truly painful to behold.

Audience Reviews for The Lone Ranger