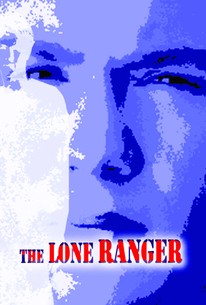 To those who have grown up with the radio and TV versions of the old Lone Ranger series, this retro TV-movie adaptation will appear as if it has just landed from another planet. Gone are such familiar trappings as "The William Tell Overture," the bushwhacking Butch Cavendish Gang, the title character's backstory as a genuine Texas Ranger, and faithful Indian companion Tonto's Pidgin English. Instead, the viewer is offered a wall-to-wall rock score; a twentysomething hunk of a Boston law student named Luke Hartman (Sebastian Spence) who morphs into the Lone Ranger; an equally youthful and remarkably articulate Tonto (Nathaniel Arcand) who dabbles in mysticism and has a hottie sister named Alope (Anita Brown); authentic 19th century dialogue such as "I love you guys!"; and even a skinny-dipping sequence. Yes, the Lone Ranger still rides a white stallion named Silver and fills his guns with silver bullets; yes, he still sports a mask; and yes, he dedicates his life to being a "champion of justice" after the brutal murder of his Ranger brother. Otherwise, it's "Hi Yo, Dude!" in this radical rethinking of The Lone Ranger, which debuted February 26, 2003, on the WB network.

Gil Birmingham
as One Horn

Critic Reviews for The Lone Ranger

There are no critic reviews yet for The Lone Ranger. Keep checking Rotten Tomatoes for updates!

There are no featured reviews for The Lone Ranger at this time.