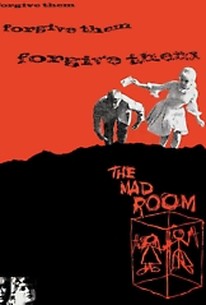 In this horror tale, Ellen Hardy (Stella Stevens) shares a home with widow Gladys Armstrong (Shelley Winters). Ellen is engaged to marry Gladys' stepson, Sam Aller (Skip Ward). Ellen receives word that her brother and sister are soon to be released from a mental institution and need a place to stay; Ellen asks Gladys if they can live with them, and Gladys agrees. But Ellen hasn't told Gladys the whole truth. It seems that the siblings were institutionalized because their parents were murdered, and it was widely believed that they were responsible (though their guilt in the crime could not be proven). Not long after the now-teenage brother and sister move in with Ellen and Gladys, Gladys finds out about their secret -- and she is soon discovered brutally murdered. The kids, however, both claim that they had nothing to do with Gladys' death, and that the other must have done it. In the meantime, Ellen has to dispose of the body without raising suspicion, but after Ellen buries the corpse in the garden, the dog digs up a severed hand, and now Ellen must make sure the dog doesn't give away her family's ugly secret. The original version of The Mad Room included two songs by the pop group Nazz, which included songwriter, guitarist, and producer Todd Rundgren several years before he reached stardom as a solo artist; due to licensing restrictions, the songs do not appear on all video releases of the film. ~ Mark Deming, Rovi

Critic Reviews for The Mad Room

There are no critic reviews yet for The Mad Room. Keep checking Rotten Tomatoes for updates!

Audience Reviews for The Mad Room

A good cast is wasted in this poorly conceived thriller. Supposedly a remake, more of a reworking, of Ladies in Retirement it's a poor substitute. Watch the far superior original instead, that's a good movie this is not.