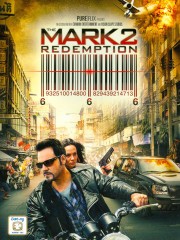 Ed C
½ April 23, 2014
One line summary: The sequel was slightly (but not significantly) better than the original.

The sequel takes up immediately after the point where the first film ended.

Pike got free and continues to look for Chad at the behest of Phillip Turk. Turk is emerging as a world leader. Cooper has been imprisoned by Pike, and Cooper unexpectedly gives his captors a strong clue (Chad's brother's last location) to Chad's current whereabouts.

Pike's forces close in on Chad as he prepares to depart his brother's last home. Chad finds a way to locate Dr Siriwat, who was a leader in the chip program. He tries for a meeting, but is intercepted by Pike's men.

Do they find Dao's sister alive? Does Chad survive having the chip inside him? Will Turk get control of Chad? Can anyone undermine Pike's pursuit?

Cinematography: 6/10 The camera work was better than in the first film. There were fewer minutes of shaky camera, for instance. The flashbacks were unpleasant to look at from the choice of filtering techniques.

Sound: 6/10 The voices of many of the actors seemed hollow. The incidental music was a bit florid for my taste.

Acting: 3/10 Wretched. The male leads, Sheffer, Gary Daniels, Ivan Kamaras, were all terrible. Eric Roberts was better, but only in a small part. Sonia Couling and Johann Helf were also somewhat better. Most of the actors in the bit parts were quite bad.

Screenplay: 2/10 The dialog was repeatedly awkward where Christian messages were forcibly injected. As a tool to convince people of a point of view, I think this movie was a failure. As with the first film, there was not much story stretched over 94 minutes. Some of the chase scenes looked like very poor imitations of the fourth Bourne film. The ending more than hinted at a sequel.

bill s
July 24, 2013
While I could overlook some misgivens from the first movie this one is ALL MISGIVENS.

John W
June 12, 2013
The Mark: Redemption is a Christian based end times film. A sequel to The Mark which set the stage for the biblical period of tribulation. This follow up is much better on every level - acting, dialogue, action and a focus on story (as opposed to message, which hampered the prior film - to much hard sell instead of letting the message naturally reveal itself). Again, whether you believe or not, this is a fun family based action film and was definitely left open for at least one more film to complete the story arc.
Page 1 of 1