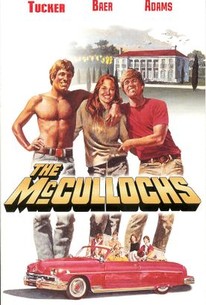 An overbearing father finds himself despised by his own children in this domestic drama. One son dies in Korea while another is convicted of murder. The youngest son flees the house before he too comes to a bad end. Meanwhile, the daughter tires of her father chasing all her suitors away. One of the young men does not back down and trouble ensues as the two begin to quarrel. A major fight ensues.

Mike Mazurki
as Randall
View All

Critic Reviews for The McCullochs

There are no critic reviews yet for The McCullochs. Keep checking Rotten Tomatoes for updates!

There are no featured reviews for The McCullochs at this time.