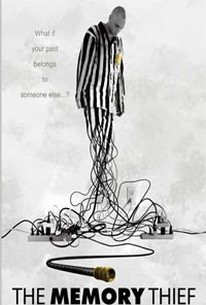 For Lukas (Mark Webber), an ambitionless, socially isolated tollbooth worker, each day is indistinguishable from the next -- filled, from the onset of work until the end of shift, with thousands of cars that slide through his station. Day in and day out, he must contend with the monotony of the work, the rage of the drivers, and the nauseating stench of exhaust. Lukas' life turns an odd corner when a bigoted driver haphazardly tosses a copy of Hitler's Mein Kampf into his booth in lieu of a fare; curious, Lukas retrieves the book and begins to comb through it, which catches the eye of yet another driver, this one a Holocaust survivor. Mistakenly inferring that the boy is a neo-Nazi, the gentleman passes Lukas a videocassette of his testimony about the Holocaust, produced by an organization that specializes in creating such films. Lukas not only takes this as a cue and seeks out the said organization to learn more about it, but (devoid of memories from his own past) begins to acquire a persistent delusion that he himself is both Jewish and a Holocaust survivor; in time, he becomes deeply emotionally involved and smitten with Mira Zweig (Rachel Miner), the attractive daughter of an actual survivor (Jerry Adler).

Critic Reviews for The Memory Thief

There are intriguing issues swirling around the film, but [director] Kofman never brings it to a boil, never finds the deeper, truer meaning inside the ideas he is grappling with.

Director Gil Kofman's attempt is noble in trying to show this descent into madness, but something rings false.

In The Memory Thief, a strange and melancholy journey to the heart of madness, a rootless young man finds meaning in the horrors of a stolen past.

Another case study delving into the hubris and insult of trying too hard to feel someone else's pain.

The film is (perhaps deliberately) as unbalanced as its protagonist, one whose fury ultimately seems directed either nowhere in particular or in too many directions at once -- until things eventually devolve into a Taxi Driver riff.

Kofman includes real-life Holocaust survivors in his cast, a bold and unsettling stroke in a fictional story that's more challenging than most documentaries about the subject.

A thoughtful, creative, and disturbing way to treat the numbness of Holocaust and genocide fatigue, through striking images of a man's bizarre transformation and obsession.

While the film tends to talk over itself in its attempt to say all it needs to say on the subject, his film's uncompromisingly bleak vision is a bracing alternative.

The Memory Thief, the first narrative feature by Gil Kofman, grants intimate entrance into a needy person's life -- a life bent around the facts of the darkest hours of the 20th century.

A Holocaust movie with quite an original twist--about a tollbooth collector who imagines himself to be a survivor of Nazi horrors.

The ambitious Memory is about coming to grips with the past (or not) and the ownership of memory.

Audience Reviews for The Memory Thief

A curious piece wherein a aimless young man without much of a life finds himself by strangely identifying with Holocaust survivors ... their lives were taken from them, you see. What begins as a fancy, a whim, soon becomes an obsession, and the youngster slips into a kind of madness. My guess is that there is some sort of commentary here about the rootlessness of modern times. It certainly has moments that simultaneously ring true and are disconcerting.