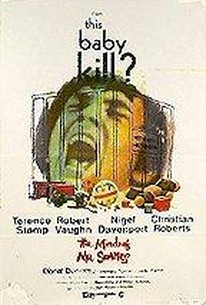 The Mind of Mr. Soames Photos

The Mind of Mr. Soames can be described as a melodramatic Charly. John Soames (Terence Stamp) is a hospital patient who has been in a coma for 30 years. Doctor Bergen (Robert Vaughn) attempts to revitalize Soames by transplanting an infant's brain in the patient's head. When Soames awakens, he has the mental capacity of a baby, but Dr. Bergen is certain that he can accelerate the maturation process, which he does in a matter of weeks. But the pressure on Soames' emotional stability is such that he tragically snaps during a live TV broadcast. Adapted from a novel by Charles Eric Maine, The Mind of Mr. Soames raises more questions than it can possibly answer, but works well on the level of solid science fiction. ~ Hal Erickson, Rovi

Pamela Moseiwitsch
as Girl on Train

Critic Reviews for The Mind of Mr. Soames

Soames is a movie that remains inventive throughout.

Audience Reviews for The Mind of Mr. Soames

"The Mind of Mr. Soames" is an interesting vehicle for Terence Stamp, who's otherwise known for much more brutish characters. But the film's premise (sympathetic innocent with unusual traits is cruelly confined for scientific observation, but eventually seeks freedom) is overly familiar now, whether we're talking about "E.T.," "Powder," "Escape from the Planet of the Apes" or countless other sci-fi melodramas. Soames (Stamp) is a man who has been in a coma for 30 years, but is miraculously awakened with a new medical procedure. Intense therapy teaches him to belatedly talk, walk and reason, but his host facility is reluctant to release him once he seems capable of sustaining himself. Of course, there's one good-hearted doctor (Robert Vaughn) who understands. A weak ending leaves a bland aftertaste.

The Mind of Mr. Soames Quotes