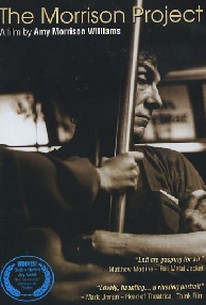 Jean Morrison was a poet, novelist, and teacher who came into his own during the Beat Era of the 1950s. Morrison and his wife, Joelle, were a nomadic couple who spent many years teaching in the Deep South, but they settled in New York City's East Village in the mid-'60s, where they raised six children; Jean wrote, and Joelle worked odd jobs. While Morrison was a thoughtful and creative man with a passion for music and the arts, he also had a powerful appetite for drugs, especially speed, and was often unfaithful to his wife. In late 1970, Morrison was confronted by the husband of one of his mistresses, who beat Jean so badly that he suffered permanent brain damage. The beating took a heavy toll on the entire Morrison family -- Jean was no longer able to write, and he became emotionally unstable and prone to violence. His drug use increased, and the combined pressure of poverty, domestic violence, and chemical abuse caused the Morrison household to splinter. But in time, the surviving members of the family struggled to pull themselves back together, and Amy Morrison Williams, the fifth of Jean's six children, eventually returned to care for the father she had left behind years before. Amy Morrison Williams and photographer John Rosenthal, a longtime friend of the family, collaborated on The Morrison Project, a documentary which both celebrates the adventure and creativity of Jean Morrison's salad days, as well as the crises which befell the family in the '70s and '80s and their later struggles to restore their relationships.

Critic Reviews for The Morrison Project

There are no critic reviews yet for The Morrison Project. Keep checking Rotten Tomatoes for updates!

There are no featured reviews for The Morrison Project at this time.