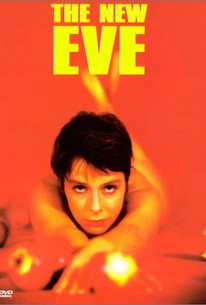 La Nouvelle Eve is a bittersweet comedy about an independent woman, thirty-ish and single, and her unexpected need for the affections of a forty-ish balding family man with no interest in acquiring a mistress. Camille (Karin Viard) works as a lifeguard at an indoor swimming pool in Paris. The idea of domesticity bores her to tears; she would rather see herself having kinky sex in elevators or restrooms than carrying a baby in her arms. But something has been missing in her life, and she's absent-minded and irritable. When she trips on the street and falls, Alexis (Pierre-Loup Rajot) offers her his handkerchief. Camille is self-destructive in her obsession to possess Alexis. But Alexis is not totally indifferent, either. Acting is quite remarkable, particularly the performance of Karin Viard as a modern woman who is completely confused with her old-fashioned emotions. The film pokes fun at the bourgeois family life as well as the singles scene. La Nouvelle Eve, which was produced by Paolo Bronco, was screened as part of the Panorama section of the 49th International Berlin Film Festival, 1999. ~ Gönül Dönmez-Colin, Rovi

Critic Reviews for The New Eve

Audience Reviews for The New Eve

There are no featured audience reviews yet. Click the link below to see what others say about The New Eve!