The Night of the Twisters1996 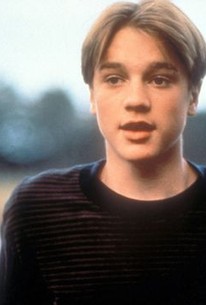 The Night of the Twisters Photos

A peaceful Nebraska town on a sweltering summer day becomes the setting for an unprecedented disaster when it is struck by a deadly series of strong tornados. The story is told from the viewpoint of a 12-year-old boy who is forced to overcome his own terror to save the lives of friends and family in the horrifying aftermath.

Graham McPherson
as Off. Kelly Calvert

Critic Reviews for The Night of the Twisters

There are no critic reviews yet for The Night of the Twisters. Keep checking Rotten Tomatoes for updates!

Audience Reviews for The Night of the Twisters

Long before Justin Bieber, Canada had unleashed another teen celebrity on the world, Devon Sawa. He was better looking, more talented, and much less successful. While not as well known, during the mid-90s, putting him in any film almost guaranteed a bigger box office, and that was the case with Night of Twisters. This horrible, direct-to-video film, never should have made it to the U.S., but gained worldwide distribution because of it's star. Even twenty years later, the DVD is still considered a collectors item among collectors of teen idol memorabilia, and regularly sells on Amazon and eBay for upwards of $50. That being said, what makes this movie so awful, besides that it's an independent film made in Canada? Even for 1996, the special effects are laughable, this was Canada's response to Twister and not only don't the effects come close to comparison, but the story is just terrible. Obviously the story is going to center around the teen star, who sneaks out with friends to go meet girls. He's punished and has to stay home and watch his baby sister instead of going to the town event at the local high school. It's a boring night, until the town is hit by a series of tornadoes, forcing Sawa, to save the baby, save the girls, save his best friend, and then if there's time, go find his parents. The story is straight out of a kids movie, but the language and some of the devastation is not, so which is it? Is this some weird teen friendly family film or some scary disaster movie? The bottom line a lot of people love Devon Sawa, me included, that's why even today he's still getting work, but when it comes to this film, there is no real story, no real plot, it's as predictable as anything you will ever see, and the special effects make the tornado from the Wizard of Oz look more realistic. I can't believe that twenty years later the DVD costs more than the Godfather and they're still playing this thing on cable, but some things are just inexplicable.

I enjoyed this movie. The special effects were pretty good for a made for tv tornado movie. Of course the only reason I saw it in the first place was because I was obsessed with Devon Sawa at the time.

I've watched it a couple of times on TV. It's entertaining, but predictable.

The Night of the Twisters Quotes