The Nine Lives of Marion Barry2009 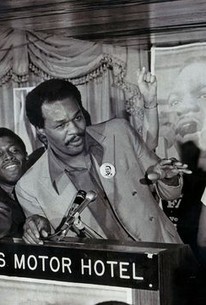 The philandering, drug addicted Washington, D.C. mayor who was famously arrested in a 1990 FBI sting operation serves as the subject of this documentary examining not only Marion Berry's role as a poster boy for corruption, but his curious status as a folk hero as well. Barry's catastrophic failures were fodder for damning headlines across the country, often obscuring his role as a civil rights champion and defender of the downtrodden. Through it all, it was Barry's remarkable resiliency earned him the reputation of a phoenix-like symbol of mythic indestructibility. Forty years after entering into Washington, D.C. politics, the man who battled drug and alcohol addiction, fought cancer, weathered four marriages, and got humiliated on the international stage is back in the political limelight - and he's got a fair share of supporters backing him up. Now, for the very first time, viewers are invited to reflect back on the life of the polarizing politico and discover just how he always seems to bounce back stronger than ever before.

Critic Reviews for The Nine Lives of Marion Barry

There are no critic reviews yet for The Nine Lives of Marion Barry. Keep checking Rotten Tomatoes for updates!

Audience Reviews for The Nine Lives of Marion Barry

There are no featured audience reviews yet. Click the link below to see what others say about The Nine Lives of Marion Barry!