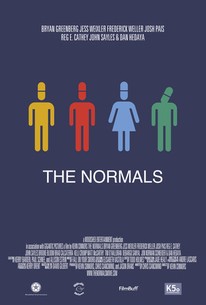 With a debt collector hot on his trail, Harvard graduate Billy Schine enrolls in a clinical drug trial to make a quick buck. Carted out of New York City in a shuttle full of oddball characters, Billy and the rest of the guinea pigs, affectionately referred to as "Normals," camp out at hidden research facility. When not popping pills, being tagged, drained of blood, prodded, poked and color-coded, they are telling horror stories of previous tests or generally getting on each other's nerves. As the test drags on, just being there starts to take its toll, and tensions build until the dam finally bursts. Billy realizes that there is no such thing as "normal."

Critic Reviews for The Normals

Ciancimino and director Kevin Patrick Connors's lone gag pays off. Too bad the joke is only funny in retrospect.

There are no featured reviews for The Normals at this time.