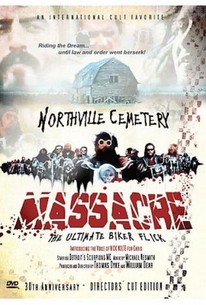 The bikers are the heroes and the lawmen are the villains in this vintage action drama. The Spirits are a motorcycle club who ride the highways and country roads of Michigan; while they look rough, wear beat-up denim and favor Harley Davidsons, the Spirits are good guys at heart, more likely to help a stranger change a flat tire than rough him up. While riding one day, one of the Spirits picks up a young hitchhiker, Chris (David Hyry). Chris is a recently returned Vietnam veteran whose brother rode with the Spirits, and he becomes fast friends with the bikers when, after they're sent to jail for riding without helmets, he produces some marijuana to pass the time behind bars. Chris invites his girlfriend Lynn (Jan Sisk) to a wedding party being held for one of the Spirits, and she's eager to see him now that he's home. However, Putnam (Craig Collicott), a cop with a pathological hatred of bikers, breaks up the festivities and attacks several of the Spirits; even worse, he beats Chris and Lynn senseless and rapes the girl, later framing the Spirits for the assault. Lynn's father John (Herb Sharples) is outraged, and swears vengeance against the bikers, unaware that Putnam committed the crime. Putnam introduces John to Armstrong (Len Speck), a wealthy big game hunter who believes the Spirits are a blight on the community, and together they hatch a sinister plot to eliminate them once and for all. Shot in Michigan, Northville Cemetery Massacre features members of the Scorpions MC, a real-life Detroit-area motorcycle club. During post-production, the voice of Chris needed to be re-recorded by another actor; the producers recruited a young Nick Nolte for the job, several years before he rose to fame on the television series Rich Man, Poor Man.

A kick ass biker movie with a great premise that's never brought down by the faulty technical aspects...

Some of it is unintentionally amusing; some if it's pretty smart and shocking.

There are no featured audience reviews yet. Click the link below to see what others say about The Northville Cemetery Massacre!