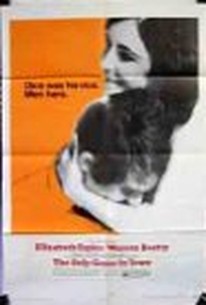 The Only Game In Town Photos

Though set in Las Vegas, this Fox extravaganza was actually filmed at studios in Paris with only a few location shots in the Nevada town. Elizabeth Taylor stars as a showgirl who for a long time has been the kept woman of a rich married man from San Francisco. Though Taylor loves him and the many gifts he showers upon her, she is tired of waiting for him to divorce his wife. When handsome compulsive gambler Warren Beatty shows up, she begins a passionate affair. But he, like the businessman, is really only interested in sex, at least at first. In time, the two cannot help but to fall in love. Meanwhile, the businessman finally leaves his wife. Unfortunately, by that time it is too late. Made with a lavish budget and heavily promoted, The Only Game in Town, proved to be a major box-office disappointment

Critic Reviews for The Only Game In Town

The comedy is weak, the dialogue is not engaging and it's too talky.

A minor footnote in the glorious career of George Stevens (Giant), who reteams with Liz Taylor for the third time with this plodding melodrama, in which Warren Beatty is miscast.

There are no featured reviews for The Only Game In Town at this time.

The Only Game In Town Quotes