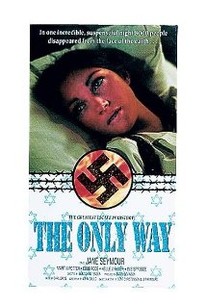 In April 1940, the armies of Nazi Germany invaded Denmark. The Danish government promised peaceful cooperation on the condition that Denmark's Jews remain free. The Nazi's agreed. In October, 1943, the agreement was broken...This is the true and magnificent saga of Denmark's valorous actions to save Danish Jews from Nazi extermination at peril of death! For the Danes, this was THE ONLY WAY.

Critic Reviews for The Only Way

There are no critic reviews yet for The Only Way. Keep checking Rotten Tomatoes for updates!

There are no featured reviews for The Only Way at this time.

The Only Way Quotes