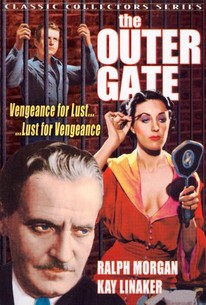 In this drama, a bookkeeper ignores his employer's disapproval and continues to see the boss' daughter. Later the boss ends up accusing him of theft and gets him jailed. Upon his eventual release the bookkeeper endeavors to get his revenge. He ignores his former employer's apologetic attempts to do right by the man.

Critic Reviews for The Outer Gate

There are no critic reviews yet for The Outer Gate. Keep checking Rotten Tomatoes for updates!

There are no featured reviews for The Outer Gate at this time.