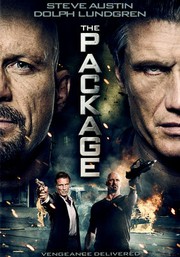 Brandon J
½ August 12, 2016
The movie was poor, but Stone Cold Steve Austin as a one man army, against Dolph Lungrend. It was badass, but at the same time a terrible movie.

Adrian B
½ May 29, 2016
Plenty of action is here but the acting is only sub standard at best

Daniel E
February 16, 2016
Very good movie. Dolph and Steve are at their best in this film. Great fighting and good action

Brandon J
½ January 9, 2016
It was bad acting at it's finest, but so bad-ass. Despite the terrible script, it was cool. So I give it an extra half star.

Purity F
½ June 28, 2015
Not being a fan of pro athletes turned actors, I surprised myself by actually enjoying this action movie. Especially liked the ever-menacing Dolph as the quintessential villain. The action scenes were believable and the script was good for a mob genre film. Much more entertaining than most so-called action films seen lately, especially (ho hum, still yawning) Taken 3, where the only thing "taken" was my precious viewing time and energy. Austin needs more script challenges....when pushed, he's not a bad actor.

Karsh D
June 3, 2015
Usual wham bam no thanks mam. Austin is given a suspicious package to deliver but is chased by some rather odd villains

Darrin C
February 26, 2015
Ya know how some movies don't have what it takes and can't come together no matter who you put in it? This one is like that. Austin has some good lines, Lundrin is dry, and one doesn't exactly know who to side with for a while. But many bad qualities curse this film; the main issue is the bullets being illogical more than once. I'll let the viewer decide what I mean by that.

Per Gunnar J
December 18, 2014
This is a direct to video movie with Dolph Lundgren so it is fair to say that my expectations where not really that high. Nevertheless, I do like action movies and I do have a faiblesse for Dolph Lundgren. If nothing else we share the same country of birth. So I sat down to watch this movie yesterday.

I have to say that I was surprised. This movie is surprisingly good. Compared to the average direct to video action-flick it is very good indeed. Both Steve Austin and Dolph Lundgren are great as the tough silent gun-slinging hard-hitting bad guys. Yes both of them are really bad guys although one of them not so much and the other one so very much. I really liked them walking through the movie leaving a trail of surprised, knocked out or dead, mostly dead actually, people.

The story is not really that bad and it has somewhat of a twist to it even though that twist is fairly easily guessed once you are a bit into the movie. There are plenty of action using both fists and guns. I felt it was pretty well done. A wee bit stupid and illogical at times of course but nothing that ruined the enjoyment. The movie moves at a brisk pace yet there are enough material in between to tie the action together in a logical (logical for a direct to video action movie of course) way.

Dolph Lundgren have never exactly been an actor who would win any awards for his character portrayal or actual acting performance. I have to say that in this movie he is doing a god job of the role though. "The German" is not just a dumb thug that muscled himself to the top. I quite liked Steve Austin as well. Dolph and Steve are the ones that carries the movie. The rest are mostly props.

I would say that this is a classical "boys" movie with two classical macho heroes. No silly attempts to put some comedy into it with juvenile jokes. No heroine to save. Just the guys slugging it out. Well, of course there is the obligatory sex-appeal female in the movie but she is one of the bad guys so, not surprisingly she is not around for the grand finale.

Bottom line: this is a fun classical action movie and I definitely enjoyed it.

Dave P
October 12, 2014
The "back of the box" was a little vague. I had hoped Austin and Lundgren would share more screen time being badasses but they are on opposite sides here and don't meet until the finale. what could have been an epic fight scene between two guys who know how to fight fell flat. They never really explained the history between the two, either - "They don't like each other" isn't enough to give substance to the climax. Did I expect too much from the b-listers? Maybe. The movie itself is formulaic and nothing new, though, so one can only hope that the particulars can bring some awesome to the table, but they don't.

Richard D
½ July 17, 2014
A pretty by-the-numbers action film. There's nothing particularly wrong with it, but I can't say it stuck with me for longer than a few minutes after it ended. Austin and Lundgren are both agreeable screen presences, but it would be nice to see them team up in something more memorable than this.

Straight-to-rental low budget feature, and not bad action vehicle for Steve Austin with a twist. He plays Tommy who's job is to retrieve money from clients, working for a guy named Big Doug (Eric Keenleyside) who's involved in the loan sharking business. Why is Tommy involved, one may want to ask. It is because his brother, Eddie (Lochlyn Munro) who's locked up in prison, stole money from Big Doug and he is basically working for him to pay it off. Anyways, the real movie doesn't start until Big Doug makes an offer to also include to completely wipe off Tommy's brother's debt to him if he were deliver "The Package" to a guy named "The German" played by Dolph Lundgren. Except that "The German" is living somewhere in B.C. Canada, which is where he would have to go out of state. It's sounds like a since, right. Wrong. The so-called "Package" is also being sought after by dangerous hired contracted killers with a twist toward the end.

Some of the action sequences are pretty good except that their is not enough of it, with the only thing that keep this film from getting a higher score is the fact that Steve Austin is always synonymous with wrestling, some of it looks too phony. I'm too tired to see him using those moves and just do other stuff which is shown little on here but not enough to give this movie a much higher rating so basically the rating is just for the few action scenes I saw as well as the unique idea.

Dustin P
April 12, 2014
Typical straight-to-DVD movie material. Nothing too exciting. Some of it is so bad that it's laughable. Even if you're a die hard action movie/Steve Austin/Dolph Lundgren fan, you'll probably find this movie to be mediocre at best.

Amber G
March 3, 2014
Good Astin is no rock but lungrin brings the support and he gives stone cold what you want to see a movie

Ded-meet C
March 3, 2014
A solid action with kicks and fists flying. The plot isn´t all that original but works well with the twist (a bit predictable though). Solid casting and acting with good fight scenes with mainly Steve Austin and Dolph Lundgren doing a good job at their respective roles. Good paced, well made action...

Tim M
January 28, 2014
Bogs down in places, and lots of the dialog could have been cut. Fun action scenes though. Austin and Lundgren fans won't be too disappointed.