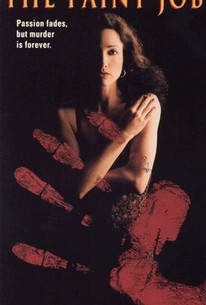 In this thriller, a young woman finds herself torn between two lovers, her husband and his employee. When she learns that one of the two is a serial killer, she finds herself forced to make a difficult decision.

Will Patton
as Wesley

John Diehl
as Father
View All

Critic Reviews for The Paint Job

I never found the paint job acceptable. I thought it needed another coat of paint and better brush strokes.

There are no featured reviews for The Paint Job at this time.