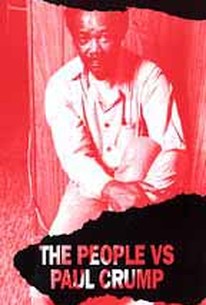 Before directing The French Connection, The Exorcist, and Killer Joe, William Friedkin made one of the most powerful documentaries you've never seen. On March 20, 1953, five black men robbed a meatpacking plant in Chicago's Union Stock Yards. Their getaway went awry, and a security guard was shot and killed. Within a week, all five men were arrested. Four received jail sentences and were eventually paroled. The fifth, Paul Crump, then 22, confessed under questionable interrogation tactics, then retracted, only to be convicted and sentenced to the electric chair. After 14 stays of execution, Crump met Friedkin, then a local TV director, in the Cook County Jail. Friedkin so believed in Crump's innocence and his worth as a human being that he and his cinematographer Bill Butler (Jaws) took to the streets with lightweight cameras to appeal for Crump's return to society. The resulting film contributed to the commutation of Crump's sentence and launched Friedkin's Hollywood career.

John Justin Smith
as A Reporter

Critic Reviews for The People Vs. Paul Crump

The provocatively detached perspective that Friedkin brings to these violent scenes points ahead to his features Cruising and Rampage, and like the latter film, this asks viewers to think long and hard about the validity of capital punishment.

Economical yet flamboyantly righteous, as it should have been -- the existence of the film played at least a small part in keeping Crump out of the chair.

Powerful on so many levels.

Audience Reviews for The People Vs. Paul Crump

There are no featured audience reviews yet. Click the link below to see what others say about The People Vs. Paul Crump!

The People Vs. Paul Crump Quotes